Franziska Markowitsch and Ulrike Merk have been working together in the Duo Arcadie since 2009. 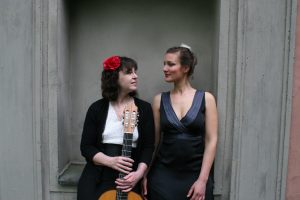 In addition to the standard repertoire for voice and guitar, their programmes offer the public rare and forgotten works such as Sephardic songs and songs by Fanny Mendelssohn. What is important for both artists is an individual approach to the repertoire through their own arrangements and individual interpretations.

The French-born Anne Lisa Nathan (mezzo-soprano) and Ulrike Merk worked together in this chamber music formation from 2006 to 2008. 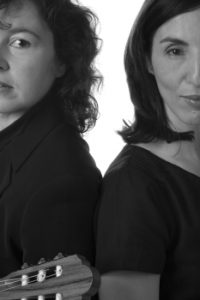 From 1996-1999 Anja Kirov (soprano) and Ulrike Merk worked together in the Duo Calanos and performed numerous concert engagements with this line-up.